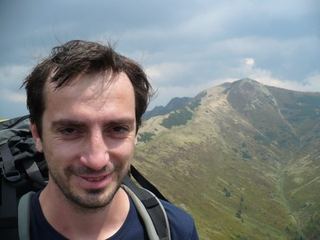 Hi! 👋 My name is Matouš Borák and I like to build nice, easy to use and helpful webs.

Currently, I’m the CTO at NejŘemeslníci. I mostly develop in the Ruby on Rails framework.

Since 2013, I have worked for NejŘemeslníci, a Ruby on Rails web portal for connecting local craftsmen and craftswomen with their customers. Over the time I found that I love product work — slowly and gradually enhancing a single thing instead of starting new projects over and over. Later I became a dev team leader and then the CTO in the company.

Before that I had taken part in various projects, from solo-building small CMS sites to working on enterprise-scale banking software in a large multinational team. Even before that I had worked as an IT security consultant in Hewlett-Packard.

I used to build software in various languages (Java, PHP, Perl, even some C++) but eventually settled down to Ruby which just suits me the most for the expressiveness and freedom I feel while writing it.

Besides working in software development I am trained in psychotherapy and run a small private office, one day a week.

Currently I work full-time at NejŘemeslníci and am not available for a new project.

Still, feel free to contact me, I’ll be glad to respond to any call. Thanks for your interest!

As I’ve mostly worked on closed-source codebases, there is unfortunately not much code to show… I contributed to a few issue fixes in various open source programs. I’m quite proud to have found and reported a bug in the ruby openssl library.

When I encounter something potentially interesting during my work, I like to write a technical post to dev.to to share what I found with other developers.

A few years ago I was very active on Stack Overflow, mainly in the Ruby on Rails topics, and it surprises me that I’m still among the top 1% RoR responders there.

I tweet as @boramacz about technical stuff from time to time.

I like to read a lot about ruby and web development in general. I follow quite a few people that inspire me on Twitter (such as these but many others, too). Among my all time favorite technical books are Eloquent Ruby, The RSpec Book, Software Design X-Rays, The Complete Guide to Rails Performance or Refactoring.

I try to cover the whole DevOps stack (however futile that aspiration is) but am a bit more attracted to backend and sysadmin stuff rather than frontend. Nevertheless I always like to think about the UX, business impacts and security implications of the feature I work on, ultimately trying to optimize for its imagined best intent.

After 20+ years of using Linux daily I am quite confident in administering Linux servers and configuring various network services while keeping an eye on security.